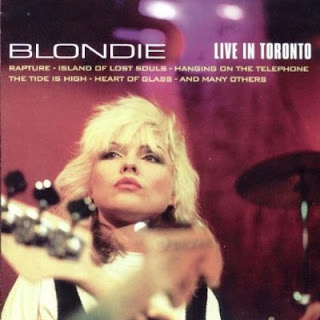 I could be alone in this but maybe nobody is talking about it but I find myself unimpressed and unsatisfied with anything new in the music world. Lots of things have changed and really I think the age bracket that I have entered into does not allow me to accept changes so easily. The changes are drastic.  But that's me. And as I walked alone on a cool summer's evening on fashion week here in New York City - trying hard to move away from the crazy crowd - It was a madhouse of loud offensive beats and young hipsters who are brought up on mp3s and texting, sexting and what-have-you (any gadget with a lower case "i" before it) - when I noticed a record shop. I quickly walked in not really expecting all that much. I wasn't going to find that Chameleons CD that I've been looking for, I knew that for sure. But you walk into these places now and the cashier is that type of pretender  where the music he plays will be some kind of punk band that is only familiar to himself and he's going to look at you like you had just came into existence in life and what you're wearing and decide to make those kinds of judgements - Like I don't belong in his domain because I'm probably only going to buy something mainstream. Well I didn't want to disappoint. Looking through the DVDs I saw the Blondie concert that immediately brought a bunch of memories. Off course I picked it up to buy right away - Mr. punk cashier giving himself a nod - I knew it! Well I could tell him a few things. I could tell him how I used to walk these streets long before he was born at a time when these streets were far more exciting and full of interesting people and shops.
I thought this concert was lost forever. I know that it was released video tape for a while but never bought it at the time. I was heavily listening to other things and figured I needn't go to the past. Little did I know that it would save my sanity in the years to come. Funny how when we're young we never think we're going to hit 40.
Well, here's the memory: Picture it, 1982, I was only 15 years old. At that time, the only cable TV we had was HBO. You had a little box on top of your TV and you used a little key to turn it on. Each month HBO would send their subscribers a guide and some notes on previews of what's to come in the coming month. When I saw that they would show a Blondie concert, I would feel what anyone would under the circumstances - the excitement to me was unbearable. I could not wait. At this time, Blondie had just released The Hunter album and nobody was talking about it. In fact, it was getting pretty bad reviews. But I was already in love with it as I think you'd have to have been a Blondie freak to love this album. Ms. Harry had just done her Koo-Koo album and after a Blondie Best-Of, they released this to the world. Most everyone said WTF! Which included the album cover most noticeably Ms. Harry's lion-mane hairdo. I loved it. 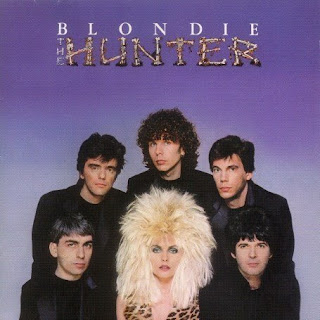 I loved The Hunter and I loved the movie Class of 1982 which nobody on earth knows anything about and I had gone to the movie theater to see that movie twice. But that's just something personal. I can't think about this album without thinking about that movie.
When the time came for HBO to show the concert for the first time, I sat anxiously waiting for it to begin. The hardest part was having to watch this with members of my family who do not share my passion. This is not the best Blondie concert. Most of the songs are pulled out from The Hunter and you only get a sprinkling of their older songs. The band does not sound very tight. It just didn't look like Debbie is much into it. One Way Or Another is an example. Her "getcha getcha's" barely making it through. Around the living room, people notice and begin their attacks. I want to watch this in peace. I'm overlooking any of these mishaps both on screen and in the living room and am just happy that I get to see my favorite band perform in whatever form they may be. I believe at this time Chris Stein was ill. He had this mystery illness that nobody can figure out. 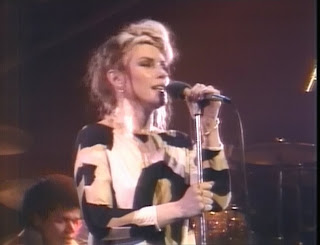 The concert is only 11 tracks. One of which is a cover of The Stone's "Start Me Up." They could have removed that and placed another Blondie song. But something tells me that they may have pulled the best possible songs from that concert and the rest were not as better performed. But at the time, I was happy with it. I could not get enough of it. When I knew they would show it again, I played sick from school and stayed home to watch it. Now that's a fan. Right? 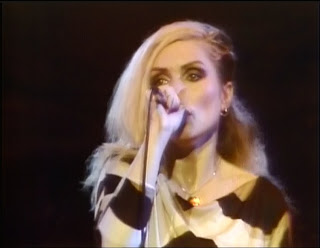 I went a step further and put a tape recorder to the TV speaker and recorded it. I listened to that tape a lot. So that's the memory attached to this DVD. What I am mournful about is the passion and dedication that I felt for something back then. Something missing in my life right now. 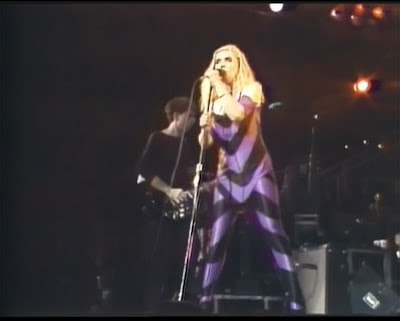 ﻿
﻿Playlist
Rapture
Island of Lost Souls
Danceway
The Tide Is High
Heart Of Glass
Hanging On The Telephone
Dreaming
One Way Or Another
War Child
Start Me Up
Call Me
It would be sometime in the early 90s that I got to see Debbie Harry perform on stage with Chris Stein. It was during Debbie's Def Dumb and Blonde tour and I have to say it was an amazing show. The concert took place in Arizona at a venue called After The Gold Rush. I remember a lot of Blondie songs were played and the band and Debbie out-performed that 1982 concert. ﻿

ETA: Actually I have to say that the first sentence in this post is not entirely true! I have listened to some new music as of late which is OK. I will write about that on a later post.
Posted by V at 3:03 AM No comments:

My Dad's a Smiths Fan

Emily Capell
Posted by V at 3:16 PM No comments: