Jane Siberry. Anyone remember this chick? I know I have this single...somewhere.

One of those random "remember this song?" moments. YouTube is good for that.
Posted by V at 10:36 PM 2 comments: 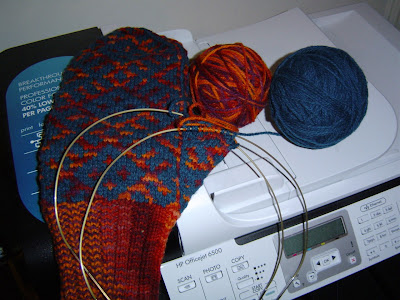 It was supposed to be a little smaller for a woman, but it's large enough to fit my hand. Wonder if my brother will wear such bald mittens. Very warm though. Perfect for snowball fights. 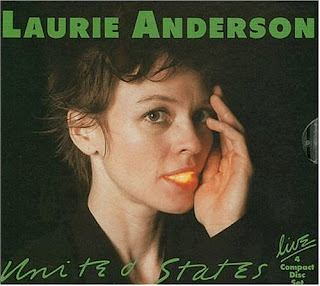 "A certain American religious sect has been looking at conditions of the world during the Flood.

According to their calculations, during the Flood the winds, tides and currents were in an overall southeasterly direction.

This would mean that in order for Noah’s Ark to have ended up on Mount Ararat, it would have to have started out several thousand miles to the west.

This would then locate pre-Flood civilization in the area of Upstate New York, and the Garden of Eden roughly in New York City.

Now, in order to get from one place to another, something must move.

No one in New York remembers moving, and there are no traces of Biblical history in the Upstate New York area.

So we are led to the only available conclusion in this time warp, and that is that the Ark has simply not left yet."

Beginning of "Say Hello" by Laurie Anderson. As heard on the "United States Live" album.

In the beginning of "Home Of The Brave" (1984) where Laurie explains the meaning of the numbers "0" and "1" the language of machines. You will have wait about 4 minutes of performance before getting there but in my opinion well worth it. I loved "Home Of The Brave."  Must find out if this is available on DVD.

From the "Homeland" tour (2007. Here Laurie performs "Only an Expert"
There's a little glitch at about 3:30 and a couple of more places.

The last part of "O Superman" with an insert not on the original. 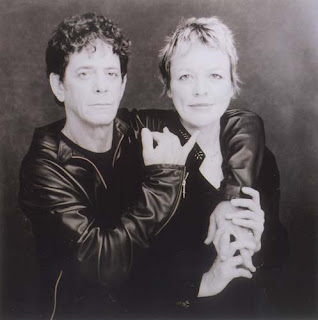