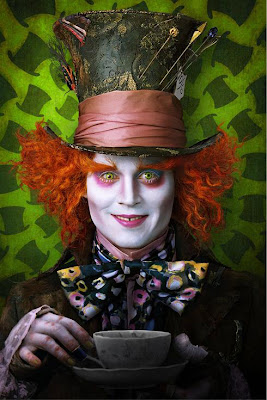 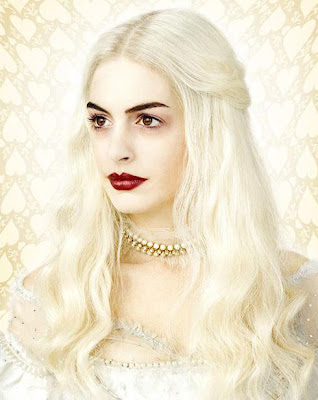 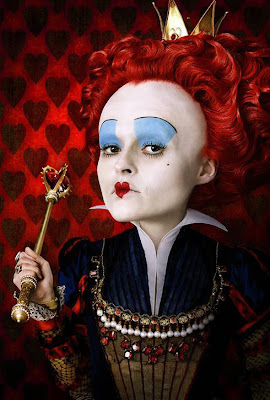 Yes, it's another Burton film with Johnny Depp. Looks good! 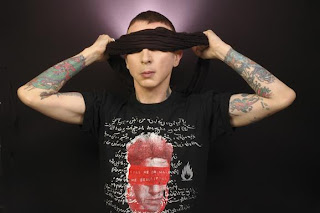 I'm reading the latest blog post from Marc Almond's MySpace page. Aside from him having OCD and doing the same things over and over again in the same places, and aside from his and my dismay at fabulous cities being destroyed by tearing down old buildings, he adds that he has almost finished with his new album. It's a "band" album with real instruments much like "Stars We Are." He is revisiting his teenage years and will have 70s references all around.

"Orpheus in Exile" is out next month.

SOMEONE TELLS ME ANDROGYNY IS IN NEXT YEAR. WHAT AGAIN? I CAN'T REMEMBER WHEN IT WASN'T. I LIVED THROUGH AT LEAST HALF A DOZEN ANDROGYNY REVIVALS SINCE THE ONE THAT I WAS ORIGINALLY A PART OF. AT LEAST IT MEANS THE ERA OF ENDLESS GIRL ACTS THAT STARTED WITH AMY WINEHOUSE AND MUTATED INTO LITTLE BOOTS LA ROUX ETC WILL COME TO AN END AS RECORD COMPANIES HAVE SIGNED EVERY SINGLE DAMN ONE OF THEM IN EXISTANCE AD NAUSEUM. BRING ON THE PRETTY BOYS AGAIN.

Up From The Debths (Godzilla)

You'll enjoy this if you, like me, grew up watching Japanese monster movies.
Posted by V at 12:41 AM No comments: 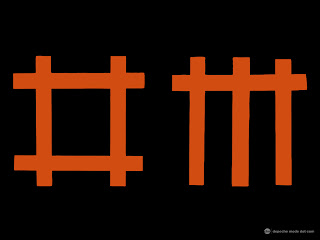 Last night I went to the Garden to attend yet another Depeche Mode concert.

I went by myself and I think at this point, any other way would probably make me feel out of sorts. Unless I'm with you off course! With you, I think the experience would be 100 times better! Thank you.

So I really wasn't expecting much and I was pretty proud of myself to stay away from any reviews or pictures of the show. I wanted the element of surprise to be there for me. I may be the only who gives a crap about that so I don't feel too bad about posting on the show for others to read if they haven't seen it yet.

I was proved wrong for not expecting much - for this concert just blew me away. I tell you the set list was just excellent! And the visuals they used blew me away too. By now, we have been treated to these kinds of stage visuals at just about every concert we go to and really there's nothing more you can do. But for the songs they chose and the visuals used to put it together really made it very unique.

Dave was in excellent form. He did his usual stage-running all over the place. The dancing and twirling was all there and done in the same place where you'd expect him to. The one thing I have to say is that Dave does not like to sing the choruses to all the previous hits. I wish he'd stop that. He's been doing this for the past few tours and it's getting on my nerves. He should sing the chorus at least twice and let the crowd do it at the end like when they used to do with "Everything Counts" in the old days. Dave, please sing the choruses. It makes the song incomplete when you don't do it.

Martin looked great and wants to let you know that he owns a lot of guitars. With each song, Martin switched guitars. He's like Cher.

Andy still has no rhythm and I still don't think he does anything at the boards. But I love him all the same.

There was a big love affair with the drummer. He was the loudest and both Dave & Martin worshipped him from time to time. He was pretty good though.

Another keyboard player was present but I don't know much about him. There's really not much to tell about this guy.

OK, so I had scored a really good ticket. My seat was not too far off from the stage on the floor. I was in the middle of section 6. The stage extended out into the audience and for one song "Waiting for the Night" Both martin and Dave sang together at the front of the stage where it extended and I had a really good view of the boys from where I was at. It was very sweet and moving.

So here's the set list in no particular order. I'm going to list the albums in order of release and the songs performed.

Master & Servant - I would have never expected this but was totally surprised and was a great treat to hear it live again!

A Question of Time
A Question of Lust
Fly on the Windscreen - Again I was pretty shocked when this came up.
Stripped

Music for the Masses

Strange Love - who knew this song was about foot fetish?? (visuals)
Never Let me Down Again - Ah, you can bet this will always be played, because, you know - you gotta do the wave!

Walking in My Shoes - Very emotional moment for me.
In Your Room
I Feel You

Sounds of the Universe

In Chains
Hole to Feed
Wrong
Miles Away
Jezebel

There were two encores - I have a feeling there might have been a third, but people began leaving after the second encore when the lights were still down. I was waiting for them to perform "Peace" because that was the one really good song on their new album. I was a little surprised that they left it out of the set unless they were preparing to play it during the third encore.

I wish they would have put in a couple of songs from their earlier albums. It would have been nice to see them do "Puppets" or "Photographic." How about "Boys Say Go!"

But I was very pleased with the set and there was not a dull moment - With the exception of the very new material, it was like vintage Depeche Mode. I was surprised that they really didn't play that many songs from the new album. That's OK with me too.

Sorry I don't have pictures. After all this time, I have not invested in a decent camera I could use to take pictures during these events. Maybe for the Pet Shop Boys coming up in September.