Well, this is the type of stuff we got exposed to as teenagers while watching TV on late night weekends. I remember the Uncle Floyd show very well. I watched it because either SCTV was going to start after Uncle Floyd or I was staying up to watch the rest of TV madness after SCTV. There was always that one guy in the background providing the laughter. He was the "studio audience" and never shut up with that annoying laugh of his. You can hear him shouting during the interview.

But this was a local show. You could have only seen this show if you lived in New York or New Jersey (I think).

Anyway, listen to this weird formation. It's total 80s weirdness. People experimented a lot with electronics in those days. I think about Laurie Anderson, Kraftwerk, and very early Cabaret Voltaire. 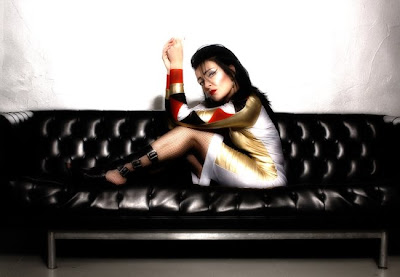 I got lost on FABULON. It's a blog full the most fabulous images like the one above - and you kinda get lost in them. Not much words but the images speak for themeselves. Check it out.

Why has Siouxsie stopped? Isn't it time she gave us some new stuff?